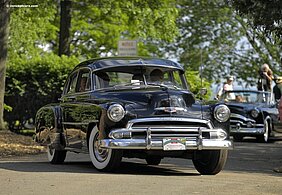 During this trip he even broke the rear shaft, but surprisingly he found a spare one on a remote place. They also had some break issues when getting down hill (the chevy breaks quitted during a 3 hours steep down slope)… during this trip they lived so many adventures with it over 4 different countries.

I rediscovered it cautiously stored in the back yard in early 1990 and put it back in motion.

Did most of my high school driving it till my father death.Being one of the rare things left from my father I decided to bring the chevy home, 12 000 Kms form its original location. And stored it properly for a long sleep. Unfortunately, some stupid asses broke in and stole lots of things on it (wheel hubs, horns, bonnet emblem …).I decided to move it to my new home as it have now a decent mechanical workshop and I’ll be rebuilding it brand new. So if you know good part reseller, let me know.

Oh, and I forgot to mention : my father bought it in Central african republic, it travelled through cameroon, tchad and other african countries. And I bought it back to France, 12 000 Kms from there (by boat).